Tom Rodriguez has revealed he was given a ‘gag order’ amid rumors that his annulment with ex-wife, actress Carla Abellana, was being processed.

The actor received various reactions from fans after posting a photo of an explosion along with a cryptic message, via his Instagram page on Saturday, June 4. The post has since been deleted but has been reposted by netizens on social media.

“Things are going south, mushroom clouds. There is not anybody. Money bought, power has spoken but no one is listening now. And empires claimed, in flames, reduced to ashes. History is repeating itself, the video reels are spinning in circles,” he said. 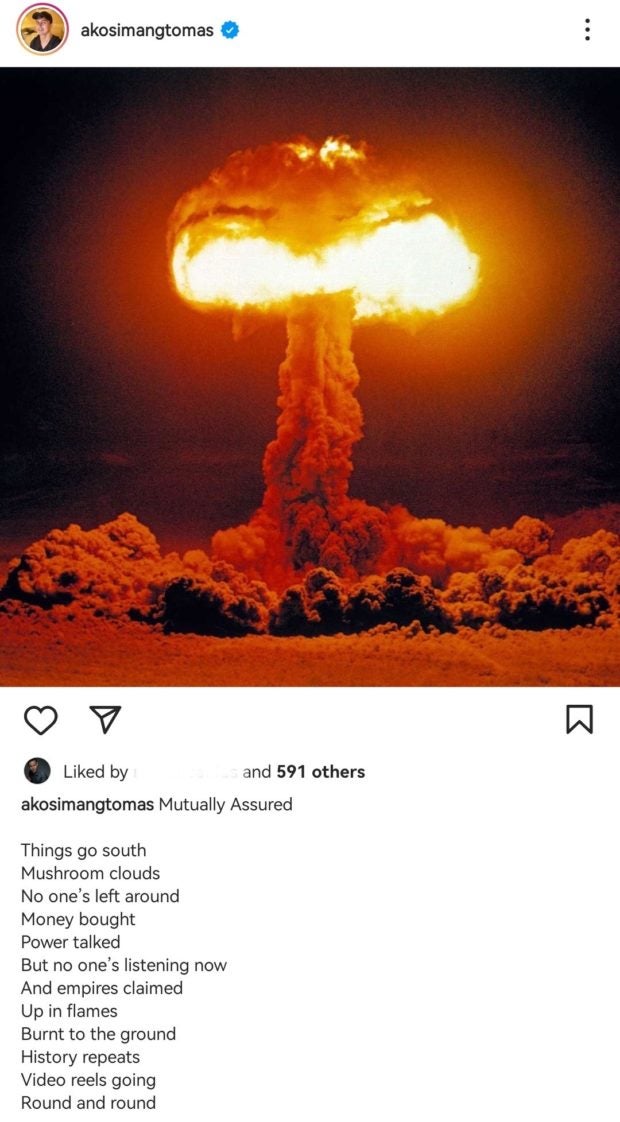 Rodriguez then opened up about the supposed gag order after a @isabellefajardo6 asked him to tell “the whole truth”, via the comments section.

“Why not tell the whole truth now?” Why wait?” asked the Internet user, to which the actor replied: “Order gagged, ask them why”, without further details.

Rodriguez also responded to a @tattoootttt that urged the actor to fight for Abellana, adding that the actress apparently still loves her.

“Not true. And you all know a tiny fraction of an entire story. But one day the whole TRUTH will prevail! Rodriguez commented. 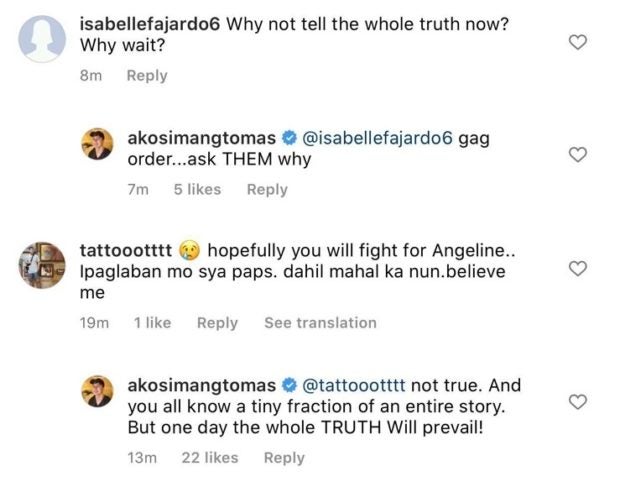 Along with his post and his response to the comments from netizens, Rodriguez showed off a photo of a man with duct tape over his mouth, via his Instagram Stories. He also deleted the post later. 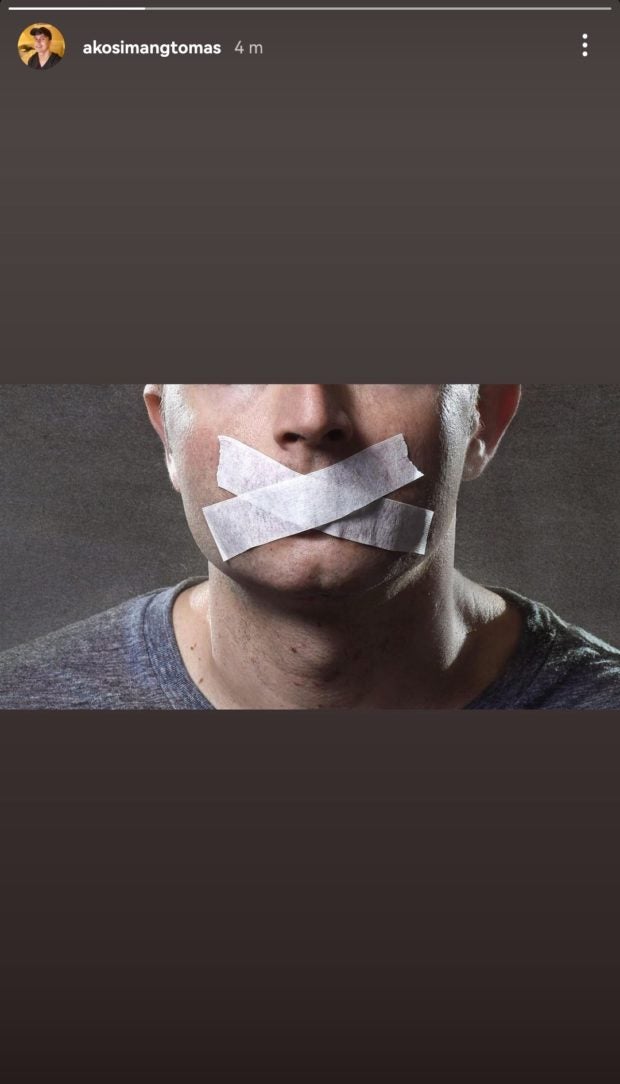 Before that, Rodriguez dropped an enigmatic photo of someone breaking free from the shackles which came coincidentally after showbiz columnist Cristy Fermin claimed in her YouTube Blog on May 26 that Abellana was preparing documents for an annulment.

Rodriguez and Abellana, who tied the knot in October last year, reportedly split after fans noticed which the two unfollowed and then followed each other on Instagram again. The actress’ father, actor Rey “PJ” Abellana, then revealed last March that his daughter and Rodriguez were indeed having marital issues, adding that a “one-night stand” was involved. Rey later retracted that statement. J.B.

The latest entertainment news straight to your inbox